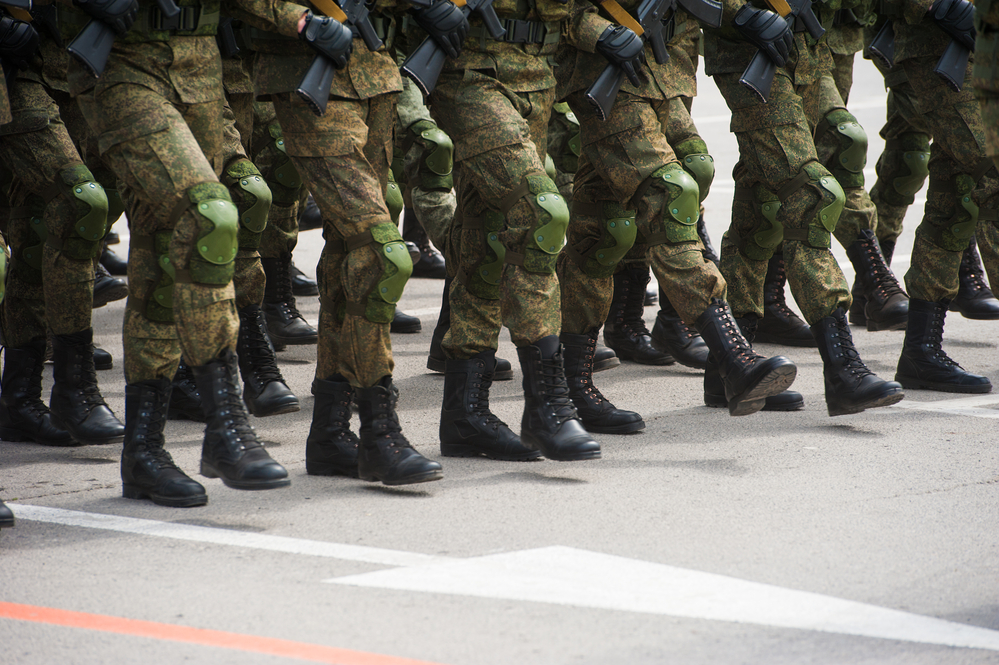 You may have heard of the term ‘martial law’ but you aren’t familiar with the specifics about this idea and how it can affect you directly. It’s really important that you learn what martial law entails and whether it will be declared any time soon.

It’s inevitable that you will be concerned about how martial law can affect you and your loved ones. It involves some dramatic changes to your everyday life with potential suspensions of your civil rights which could mean unrest and rioting across the country.

Understanding how you can protect yourself and your family if martial law is declared will help to give you the peace of mind that you can survive in a worst case scenario. You don’t want to be caught off guard once martial law has been declared and it could be too late to take action.

We’ve gathered together everything you need to know about martial law so that you can get ahead, prep for the worst and be ready to face whatever comes your way.

What Is Martial Law?

There’s no specific definition when it comes to martial law but you can understand the general idea with a few key points.

The general answer is that it’s unlikely that martial law will be declared anytime soon. Yet, it’s always best to be prepared as we simply don’t know what’s around the corner.

There’s no denying that current social unrest and unpredictability within the government mean we can’t take normal life for granted.

If the events of the past few years have taught us anything, it’s to expect the unexpected.

Why Would Someone Declare Martial Law?

There are a few different reasons and circumstances when martial law would be declared. The most common reasons from previous declarations include:

Who Is Authorized To Declare Martial Law?

The current US President, Joe Biden, and the US Congress both have the power to impose martial law. This is because they are both in charge of the military forces on a national level.

Within each state, the state governor has the power to impose martial law as long as it is restricted within the borders of their specific state.

Has Martial Law Been Declared In The United States In The Past?

Many reports suggest that martial law has been declared as many as 68 times over the cause of American history.

Examples of when martial law has been declared include the Great Chicago Fire in 1871 and the Lexington riots in 1920. Hawaii was placed under martial law during the Japanese attack on Pearl Harbor in 1941.

What Would Happen To Citizens Under Martial Law?

Under martial law citizens would no longer enjoy the same rights as they have under a civilian government. This would be replaced by a strict military rule with military commanders being the ones making laws and rules.

Soldiers would replace the police under martial law and they would be responsible for enforcing laws. If citizens were found to be defying martial law, they could be subjected to a military tribunal.

Can You Leave Your House Under Martial Law?

It will depend on the situation and the severity of the military rules that are used but it’s possible that you may not be able to leave your home under martial law.

Civil liberties do not have to be adhered to under martial law and people are often required to stay at home especially if there is social or civil unrest on the streets.

In addition, be prepared for the fact that you could even be removed from your home if it is required for use by the authorities in charge.

Will You Be Able To Visit A Grocery Store Under Martial Law?

There’s no guarantee that you’ll be able to leave your home under martial law so a visit to the grocery store may not be possible.

This is why it is essential to ensure you always have fully stocked cupboards and a good long term food supply that can keep you and your loved ones healthy whatever happens.

Consider food such as dried and canned goods as well as freeze dried or dehydrated options which can last up to 10 or 20 years.

Can You Continue Working Under Martial Law?

Whether or not you can work under martial law will depend significantly on the type of job that you do.

If you work from home within an international corporation, you can probably continue working as normal. Yet if you work for a government funded organization or you work in the services industry or a sector such as hospitality, you won’t be likely to work.

How to Survive Living Under Martial Law

Martial law is usually temporary but it’s possible that it can be carried on indefinitely. For this reason it’s essential that you prepare yourself for ways to survive living under strict military conditions.

1. Start Prepping Sooner Rather Than Later

There will be little stability under martial law and resources such as food and water are likely to be scarce as people rebel and panic. The earlier you start to prepare the better.

If you can get ahead and start prepping food, water, medical supplies and survival equipment you’ll have a much better chance of living well under martial law.

Martial law could mean that food supplies are rationed and you’ll be reduced to queuing for food in long lines. Having your own supplies can protect you from having to endure situations like this.

You should always ensure that you have an emergency food supply for the first 72 hours following any natural disaster or emergency situation.

When martial law is declared you won’t know how long it is going to be for so you should prepare in advance and have at least 2-3 months worth of dried and canned goods to ensure you can continue to stay nourished and healthy.

In terms of prepping, you’ll also want to learn a few basic survival skills such as how to build a fire or how to defend yourself in the case of a physical attack.

2. Learn How To Be A Gray Man & Keep A Low Profile

The key for being a grey man is to fit in and to make sure that you don’t draw any attention to yourself. This is really important when martial law is imposed and everything feels uncertain and unstable.

You never know who could be observing you and if you do need to venture out of your home, try to keep a low profile.

Don’t wear bright clothing or any outfits that will make you stand out. If you have unusual features such as brightly colored hair, consider wearing a hat. Your clothing should be plain without any obvious graphics or logos.

3. Talk Less & Be Wary Of People You Don’t Trust

There will be a lot of uncertainty and panic after martial law is imposed. Some groups or individuals will take this opportunity to impersonate military rulers and may try to convince you about who they are.

Be very wary of anyone that you don’t fully trust. This is not a time to make any new acquaintances and you should question anyone who contacts you that you have not previously spoken to.

It’s also important that you do not talk openly if you are out in public. Limit any conversations you have with loved ones to times when you are alone within your home.

4. Do Not Let People Know What Belongings You Own

All sorts of resources will become scarce and harder to get hold of under martial law. It’s possible that the military will actually be allowed to seize your belongings and enter your home to take these.

Try to avoid publicly admitting or expressing what belongings you own. Try to keep anything you own as concealed as possible – this includes everything from vehicles to weapons or survival equipment.

You want to make sure that nobody tries to take your belongings as it gets harder and harder to get hold of things and supply chains break down.

Now is the time to ensure that you can defend yourself and your loved ones if the worst happens.

If you own weapons and survival equipment, make sure that you know where they are and that you have prepared and secured them properly. They should be ready to use at a moment’s notice and it’s essential that they are well maintained and in full working order.

Ammunition is something you’ll want to make sure you have sufficient supplies of, and you’ll want to create a safe and secure place to store this alongside your weapons.

6. Do NOT Riot To Protect Yourself From Being Arrested

Rioting isn’t the answer when you’re placed under martial law. You could end up in a much worse situation than simply being unable to leave your home and it’s not worth the risk – however tempting it may be.

Make sure you lie low and keep a low profile. Do not join in with groups who are rioting or get involved with any large protests or unrest. You need to avoid being arrested at all costs and  it will be much safer to stay in your home and protect yourself and your family.

7. Is It Legal To Defend Yourself Under Martial Law?

When martial law is declared there may not be a set of rules to follow. The military commanders will be the ones setting the rules and so it’s not always going to be the same laws that are put in place.

In terms of your right to defend yourself, there are a few things you can do to ensure that you are as prepared as possible:

8. Get Your Ammo Ready In Case SHTF

If SHTF and you’re confronted with a life or death situation you’ll want to know that you have ammo ready. Regardless of martial law, you will always defend yourself and your family if you’re put in a situation where the other person is threatening you with a weapon.

9. Keep The People You Trust Close To You

Protect yourself and your loved ones by keeping them close to you and shutting out anyone else. This may involve isolating yourselves completely from the outside world – a measure that can sound extreme but is often necessary in such severe circumstances.

It’s entirely understandable that you will want to find a way to get out if you’re under martial law indefinitely.

Living conditions might deteriorate and you may feel as though your health or even your life is in danger as food, water and medical supplies are harder to find.

Finding a way out could mean traveling elsewhere or seeking help from other preppers and survivalists who may have safe places to go to.

Martial law is a terrifying concept and we understand that you’re extremely concerned at the possibility that it could be declared at any time.

The best approach you can take is to be fully prepared for any eventuality. You’ll want to start prepping early to make sure that you have at least 2-3 months of food (in the form of canned and dried goods) in your home.

Protecting yourself and your loved ones is going to be your key priority throughout the turmoil that will surround martial law. Taking the right steps and prepping in advance to make sure you’re in the best situation possible if and when it is declared is invaluable.