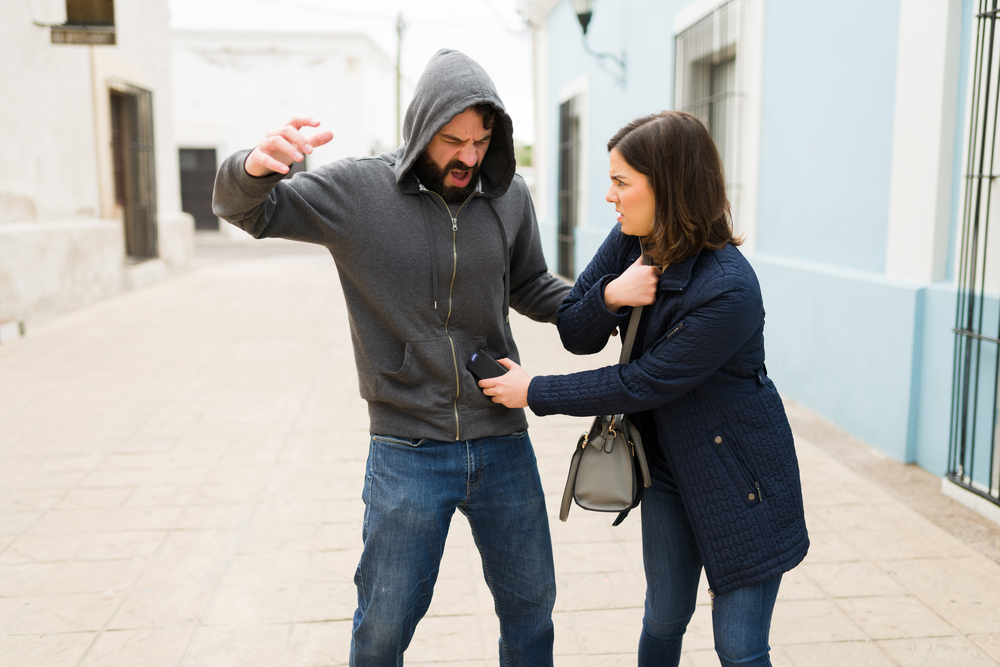 There’s nothing more important than the personal safety of you and your loved ones. When it comes to self defense, you want to be certain that you’re always fully prepared for any type of attack.

Carrying a heavy duty stun gun in your EDC bag will mean that you are always ready to protect yourself in an emergency situation. When SHTF, you want to know that you’ve got the most reliable self defense weapon possible to ensure your safety.

No one wants to feel unprepared when it comes to their personal safety, and we hope our extensive research helps you avoid buying items that are improper for the situation and could even compromise your safety.

An Overview Of The Vipertek VTS 989 Stun Gun

This is a stun gun that is professionally designed for self defense purposes. It is a heavy duty stun gun that combines with a flashlight in one compact unit.

The Vipertek VTS 989 Stun Gun has shock plates on either side of it to shock any attacker attempting to snatch the unit away from you.

It’s easy to control with contoured rubber grip aids to help you prevent accidentally dropping it and losing your self defense weapon. There’s an obvious ON and OFF switch making it easy and simple to operate. This reduces the chances of any accidental set offs.

Let’s take a look at some more information about the Vipertek VTS 989 Stun Gun:

How Does The Vipertek VTS 989 Tasers Work?

Once you put your Vipertek VTS 989 into action, there will be an electric current sent between the test prongs. This creates a loud electrical sound which should be enough to warn off any potential attacker.

If you need to go further and stun the attacker by physically making contact with them, they’ll receive a high voltage shock that disrupts the messaging from their brain to their voluntary muscles.

The effect of this shock will be that the attacker loses their balance and control of their muscles. They may become confused and disorientated, making them incapable of any further attack or aggression.

Let’s take a look at some of the most useful features of the Vipertek VTS 989 Stun Gun:

Despite being a compact unit, the stun gun has ultra sharp spike electrodes which will help to penetrate through heavy clothing.

This will be a huge benefit if your attack occurs in Winter or at night when an attacker is more likely to be wearing a large coat or thick clothing which would otherwise offer them protection.

With a rechargeable battery as its power source, you can plug in the stun gun to any standard wall outlet with the charging cord that arrives with the gun itself.

This means that you can recharge your stun gun as often as you require and have the confidence that it will be fully charged and ready to go whenever SHTF.

The last thing you want is for your attacker to be able to get hold of your stun gun and use it back on you.

With easy grip rubber coating, you’ll have the maximum chance of maintaining control of your stun gun and avoid accidentally dropping it or allowing it to slip from your hands.

The shock plates on either side of the stun gun will then deliver a shock to anyone who tries to snatch the weapon from you.

What Is The Voltage On The Vipertek 989 Stun Gun?

This is a massive voltage and it’s enough to stun even the biggest of attackers. From a fierce dog to a 270lb muscular male, this stun gun will give you the peace of mind that you can protect yourself in the event of an unprovoked attack.

Let’s take a look at what people have said after purchasing the Vipertek VTS 989 Stun Gun.

“This paid for itself. I decided to walk to a nearby bar at 1:30am. This creepy guy started following me. I took a couple odd turns and he followed me each time. I turned around, buzzed the tazer, and he took right off.”

“To protect myself I carried a smaller version of the VTS-989. I used it against a bulldog once, he didn’t get close enough to get zapped but the noise alone kept him at bay until he gave up!

That’s when I upgraded to the VTS-989 because it seemed to be a more robust unit, and I am happy with it. The VTS-989 is everything they say it is and I am well satisfied with it – in fact, I purchased a third unit so as to keep one in the garage, one in the house and one in my car!”

This stun gun arrives with information about free safety training for users to access online. It’s around the same price point and just slightly lighter weight.

A holster is included to carry the Sabre Stun Gun which can be useful if you’re keen to have quick and easy access to it when feeling threatened or intimidated.

The Sabre Stun Gun has an LED flashlight of 130 Lumen making it a useful multi purpose item to carry in an EDC bag.

The Avenger Defense stun gun comes in different colors and is available in matte pink as well as black. It has a safety switch designed to avoid accidentally triggering your stun gun and causing injury to yourself.

Using rechargeable batteries, you can be confident that your device will always be ready to go at a moment’s notice. You won’t have to rely on alkaline batteries which could need replacing on a regular basis.

The Avenger Defense ADS-20P is compact and has a durable APS plastic body. It is only 19 cm in length and is easy to store in an EDC bag or an emergency bug out bag.

The legality of Vipertek Tasers depends on the state and country that you’re in. It’s really important to check whether it’s legal to both carry and use a stun gun before you make your purchase.

Most states consider a stun gun to be a dangerous weapon but they’re not illegal in all states.

Some states allow people carrying out specific tasks or professions (such as police men and women or volunteers) to be exempt from laws around stun guns.

Never carry a stun gun or use a Vipertek Taser until you are 100% certain it is legal to do so. Using one in a state where it is considered illegal could result in you being prosecuted.

You can find information about your specific state laws and requirements here.

There’s no doubt that this is a highly affordable option when it comes to purchasing a good quality stun gun. It’s super discreet and easy to put in an EDC bag or to carry on your person.

This guide has been specifically designed to help you get all of the information you need about the VTS 989 stun gun and we hope you’ve got a better understanding of its features and how you can use them.
Here’s where you can buy the Vipertek VTS-989 if you found this review helpful.